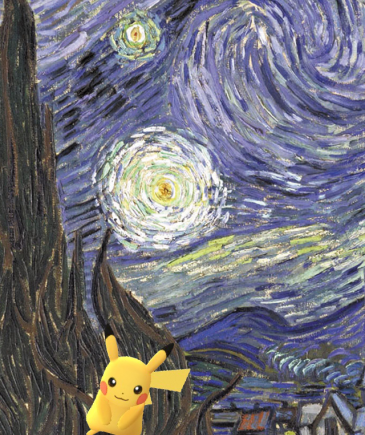 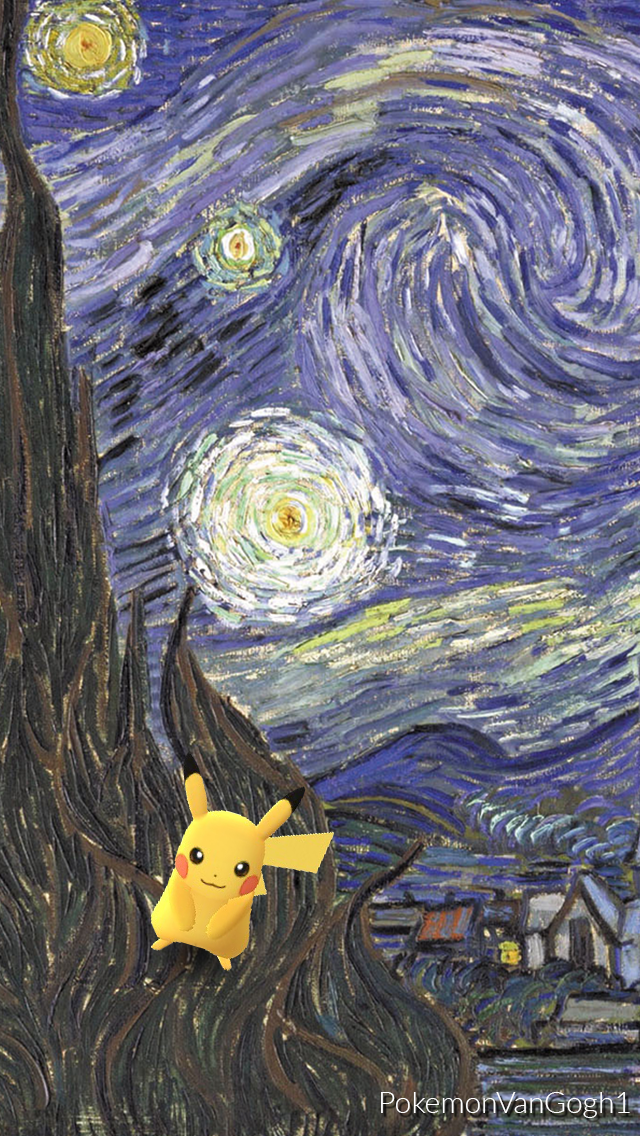 What do Pokémon Go and Van Gough have in common? Absolutely nothing – but the game’s developer Niantic, Inc., hopes their new technology will inspire a connection.

The latest innovations in interactive entertainment have people wandering around on a mission to collect creatures from a backdrop of virtual or augmented realities. I admire the technological advancement. I grew up playing Pong. Need I say more: Gaming has come a long way. I like the idea of immersion in that it moves players off the couch and out to explore the world. It’s a nice aspiration that gaming will lead one to discovering the local art museum or admiring a National monument. I just hope no one fails to catch a glimpse of the Mona Lisa or misses Van Gough’s Starry Starry Night in his or her effort to grab Mankey or Staryu.

The whole concept has given me pause to reflect and discover a new appreciation and perspective on what I learned from “the good old days” where we were not only entertained but we learned from interacting with technology through classic television and literature—media that continues to ignite my passion for developing inspiring content.

Before Pokémon Go, children’s hands gripped books instead of mobile devices. And I never once heard about a young person with their eyes fixed on a book falling off a cliff. When I visited the Aztec Ruins, it was to learn history not to find a Graveler.

When my generation plugged in, it might have been to a stationary television set with a rabbit-ears-antennae enhanced with aluminum foil, but it engaged us as much as mobile device. And granted, we had to get up to change the channel, only to find a handful of options, but our prize was found in what we learned from watching and interacting.

I realize now how fortunate I was to grow up in the “Sesame Street generation,” where a cast of lovable characters engaged and entertained while imparting education and values. I fondly recall eating a big, juicy apple in front of our first Zenith, box-style television and counting along with Count von Count while learning about numbers and math, spelling and vocabulary and moral character.

Mr. Snuffleupagus’ unique persona engaged my imagination. Big Bird showed me compassion. Oscar the Grouch taught me to be kind. Through Burt and Ernie I realized the value of friendship. My love for the color blue (and cookies) most likely was inspired by my favorite puppet, Cookie Monster.

I grew up in the generation where entertainment and learning went hand in hand and were balanced and supported by the summer reading programs that encouraged a love of reading. We actually went to the library and book fairs in pursuit of literature instead of wondering, mindlessly in search of Poke’ Eggs.

I grew up in an era rich with quality, wholesome, instructional and entertaining content. I was a beneficiary of mindfully creative producers and writers. I learned from watching television programs such as Mister Rogers’ Neighborhood, School House Rock and The Electric Company. I absorbed the messages of authors such as Dr. Seuss and A. A. Milne (Winnie the Pooh) who gifted audiences with allegory – stories with subtle but life-enriching meaning.

It was a time of thoughtful content that gave me and countless other children a head start in school and role models with values worth emulating. That was – and still remains – the wonderful and valuable quality that is inherent in “classic learning television” and good old-fashioned books. They subtly teach while they entertain.

I challenge the great innovators who are developing today’s amazing technologies to keep the player’s mind, top of mind. When programming gaming technology and immersing children into virtual worlds, be mindful of your influence and create content and characters that will have a positive impact on our world.