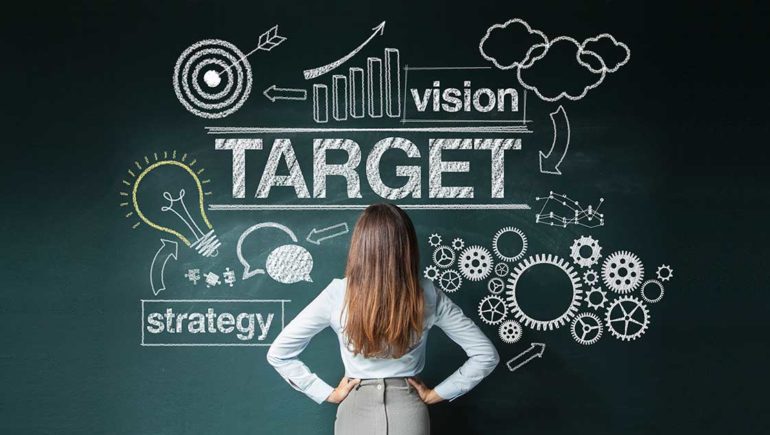 The Role of the Executive Producer in Video Production

As a staff writer and public relations manager for Blue Truck Productions, I typically handle print and digital content; working behind the scenes on a mix our clients’ and our company’s written material including press releases, blogs, websites, annual reports and the like. Yet on occasion, I have the opportunity to work up close and personal with the crew including, working directly with Blue Truck Productions’ principal Kristin Kauffmann.

Recently on a particularly complex video project for a hospital client, I had the chance to be more involved in a video project and see the entire process unfold. To witness all of the moving parts involved in bringing a concept fully to a successful end product, left my head spinning! I knew I needed to write about it to help others better understand the video production process and to pay homage to the person on the team who works the hardest to make it all come together, seamlessly: The Video Producer.

While there are exceptions to every rule when you see Executive Producer flash on the screen in movie credits, you can bet the person named is an investor who contributed big bucks to the film’s budget, but it’s unlikely that they were responsible for any of the day-to-day work.

It’s quite the opposite in video production. The Executive Producer has her hand on every aspect of the filmmaking process, working for her client who is the investor. She is responsible for managing the budget and executing all aspects of the production from concept to completion. The video producer’s goal is to ensure the client’s satisfaction with the end product As I watched the process unfold, I learned there are far more details than readily meet the eye to making that happen and bringing a video to life.

Client meetings and ideas turn into concepts, which lead to a long punch list of activities. There were scripts to write and storyboards to create. Then there were shot-lists to develop. Not to mention: coordinating shooting schedules; determining, scouting and securing locations; location agreements; and filing for permits when applicable. Plus, the producer would need to hire the appropriate crew, ensure catering was ordered, oversee casting and talent selections (both on camera and voice-over actors) and manage contracts and negotiations. The job included directing the shoot; supervising the recording of the raw footage; managing the media including uploading footage; logging, and selecting final footage for the edit; designing and producing motion graphics; researching and procuring stock or custom music and sound effects; then overseeing the editing; revisions; mixing and mastering; and finally — delivering the end product! Someone must manage it all! I was glad it wasn’t me.

A competent producer knows every aspect of production from composition to the subtle nuances in editing. She can visualize the big picture even when all the pieces of the puzzle are scattered. She knows precisely how to assemble the puzzle most efficiently, taking the parts out of order and putting them back together again to create the ultimate image for the client. A producer has to be endlessly creative and at the same time be excellent at multitasking. It’s a juggling act requiring flexibility, resourcefulness, patience and hefty project management skills. It’s not a job for the faint-hearted or the novice.

Here are my top three takeaways on the “must haves” for a successful video project:

1) Define clear project objectives and results. Our client came to us with a vague outline of what they wanted. They had already spent a lot of money with another company on a failed attempt at an educational video. This project had to succeed, stay within a strict budget, be delivered on time and make the president of a large hospital happy! As the executive producer on our team, Kristin worked directly with the client to identify the project’s objectives. What were the end goals of the video and what would they consider a success? Project deadlines, approval processes, and deliverables were also spelled out. With this clear understanding, we were able to create a roadmap – and script for success.

2) Define the audience, voice, tone and messaging. This process is a critical phase of the project. Kristin and the client hammered out the approach they wanted to use for their audience, the messages the audience needed to walk away with, and the voice and tone for the end video. In this case, the audience was nurses; the message was the importance of patient education and discharge planning; the voice was lightly playful using employees as “actors,” and the tone was educational. These concepts turned into outlines, which ultimately lead to the theme and scripting.

3) Measure the project’s success. At the conclusion of the project look in the rearview mirror at the initial project objectives and evaluate the results. Did the project meet the goals? In this case, our client was extremely pleased with the video (including the hospital president), we stayed on budget, delivered on time and produced a fun yet educational training video that conveyed the learning points to the client’s audience. Since the video went into distribution, it’s been viewed by every staff member and shown at all hospital orientations for new hires. It is is a tool that has helped the hospital streamline the education process with a clear and consistent message. The hospital implemented a posttest to measure how well the employees retained the information from the video, and will also evaluate employee performance by looking for improvements in their overall patient satisfaction scores.

For me as a supporting writer on the video project, my goal was to learn more about the production process and expand my horizons as a writer. The project exceeded my expectations. Video scripting is much more than putting words on a page. One has to visualize how those words will come to life using the sight, sound, and motion of video and then executes all the details to make it happen. It’s a lot of work! That’s the role of the producer. My sincere kudos go to her. I am happy with co-writer credits. 🙂

About the Author:
Kristin Kauffmann is an award-winning writer and executive producer with more than 20-years of experience in script-to-air television production and is the president of Blue Truck Productions.

Blue Truck Productions offers broadcast-quality programming design and production. We specialize in developing original content for corporations for use in marketing and social media. For more information visit www.bluetruck.tv.