Consider the Blue Crew an integral part of your marketing team.

At Blue Truck® Productions, we work as a natural extension to your existing agency or marketing and brand teams. Need an extra hand or two? Think of the Blue Crew. Don’t have a team? Now you do. Our turnkey, customized approach to video marketing and video production includes providing select resources to meet the unique project requirements and budgets of the individual clients we serve.

Whether your programming vision requires a full studio production or a one-day location shoot, our custom approach to organizing the production elements results in an efficient and cost-effective broadcast-quality program. By offering our services “ala carte” Blue Truck meets our clients at the appropriate project crossroads.

The amazingly artistic team of production experts who contribute to the big picture.

Drawing from an international pool of some the world’s finest industry talent, each shoot is staffed with the best production gurus in the business according to the requirements of the specific project and location. The ancillary production team includes writers, producers, camera operators, sound and lighting specialists, make-up artists, grips, teleprompter operators, and the countless others needed to create supreme programming.

Introducing some of the imaginative ones behind-the-scenes. 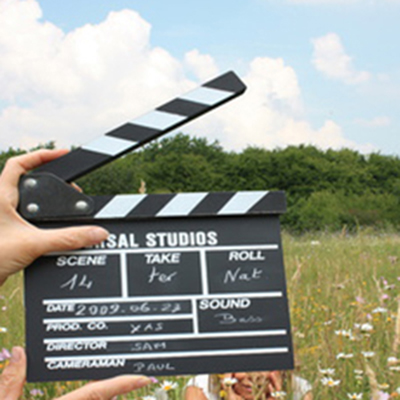 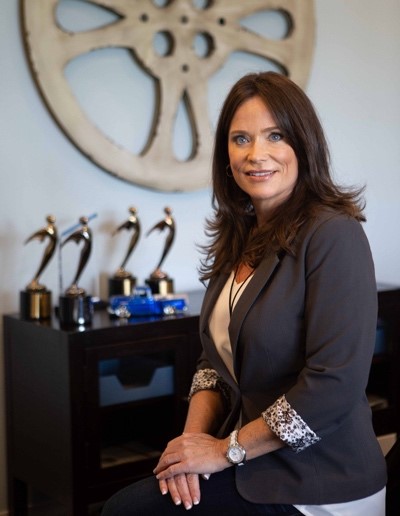 Kristin A. Kauffmann is an award-winning copywriter, creative director, and executive producer with more than 25 years of experience in marketing and production.  She is also a licensed REALTOR® in the State of Florida.

Prior to founding Blue Truck, Kristin was a Principal Partner and President of a full-service advertising and public relations agency (1996 – 2012) where she served as a chief strategist and creative director in the development, production, and execution of local and national marketing and public relations campaigns across radio, television, print and digital mediums.

A master visual storyteller with an endless source of creative energy, Kristin is a passionate and prolific writer who skillfully conveys complex subjects in memorable and entertaining ways. She is a published children’s author with an extensive writing portfolio that includes corporate and digital marketing, advertising, and promotional content; original screenplays; books; original abd spec television programs; and song lyrics.

Among the kudos for her work, Ms. Kauffmann received a Mayoral Proclamation for production of the A.W. Perry Museum Documentary. She is the recipient of twelve Telly Awards for outstanding corporate productions and earned a Silver Kaleidoscope award for best Public Service Announcement. Blue Truck® was named New Small Business of the Year in 2014.

A native Texan, Ms. Kauffmann resides in South Florida where she is an active volunteer in her community and supporter of many national and local non-profit organizations. Kristin is on the Board of Winterfest Boat Parade. She is a past chair with National Small Business Associations Leadership Council. She is a member of Film Florida and United Way and is a mentor in the Big Brothers Big Sisters Organization. Her hobbies include travel, creative writing, yoga, natural healing and fitness, real estate, cooking and entertaining.