You know that video content will increase the horsepower behind your marketing and search engine optimization efforts. You’re just looking for the right video production partner who can take the wheel and steer you in the right direction. Look no further.

Feel free to turn the keys over to Blue Truck’s full service video marketing and production team.  Leave the mechanics to us. We’ll take the load off your shoulders by managing every aspect of your video marketing from the creative concept to completion. We’ll cross the finish line with quality, engaging video content that will add fuel to your success by driving business in your direction.

At Blue Truck®, we are passionate about helping our clients gain a competitive advantage by leveraging the power of video and other forms of digital content. Our mission is to help our customers creatively express their core concepts and messages in custom content that communicates effectively with their audience while meeting their business goals.

Our Values and Beliefs

What’s in a name? Our Story. 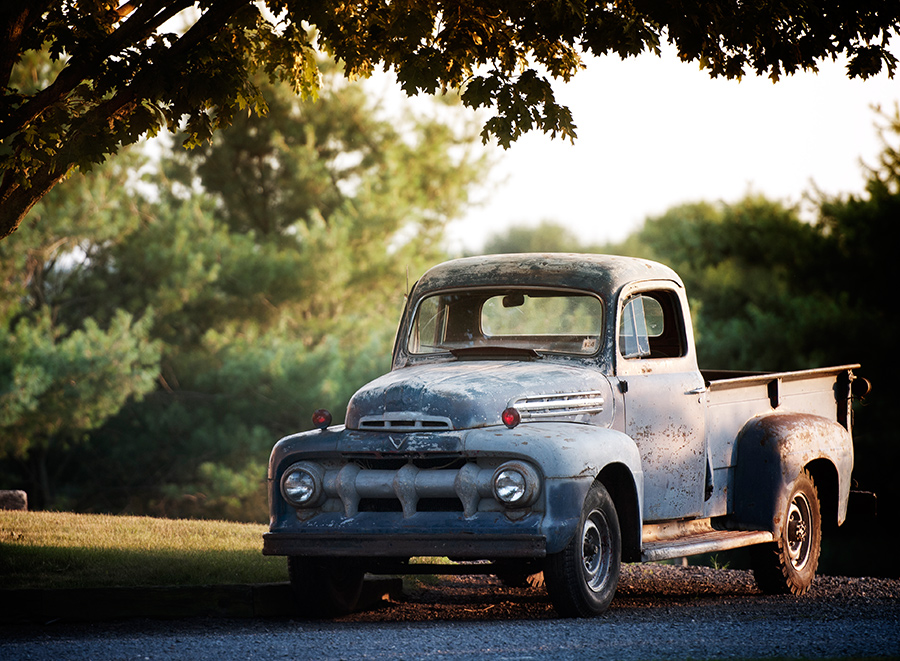 The name Blue Truck Productions® was inspired from my fondest childhood memories of spending carefree summers with my grandparents. They were inventive storytellers and wholeheartedly encouraged my imagination—often for their own entertainment!

My grandfather was a humble man who drove a rusty old blue truck for most of his life, despite the fact that he could afford a new one. I spent many summer days riding in “Old Blue” listening to his tall Texas tales. He had a witty sense of humor and a keen ability to impart wise messages woven within each story.

My grandmother wrote a news column for the local paper, which she referred to as "the gossip column." Instead of reading bedtime stories from a book, she invented them from her imagination, and inspired me to do the same. With a silly sense of humor, one of her favorite pastimes during summer evenings was for the two of us to make “prank” calls from her rotary dial phone (obviously a time prior to Caller ID). We would invent harmless jokes and call a few neighbors. Everyone had a good laugh! This bit of tomfoolery and concocting fairytales was the start to my life as a writer and storyteller.

Today, Blue Truck is symbolic for "inspiring storytelling" in both written and visual mediums. We help our clients bring their stories to life utilizing the sight, sound and motion of video.

In today’s marketing world, who you are and why you do what you do is as important as what you do. A good story will help drive a great customer experience and put your business on the fast track to success.

In our fast-paced, global economy sharing your personal and product stories opens a welcoming door into your business and invites customers (aka real people) to connect with you, your company (aka real people) and your brand, products and services (that which brings value to real people). This deeper understanding serves to build an emotional connection between you and your clients.

At Blue Truck, we help real people tell their real stories in creative and memorable ways. We want to help you tell yours. Please reach out and let’s start a real conversation about how our storytelling services can bring value to your company.

Our team  works with small, medium and large businesses from all industries and is available worldwide, standing by ready to serve you and deliver uncommon results.