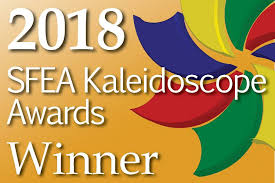 “Winterfest, Inc. is a progressive organization that decided to use video to bring sight, sound and motion to their invitation in order to give guests a better feel for this spectacular event,” said Kauffmann, a 25-year veteran in video marketing and production who also serves on the Winterfest Advisory Board and Parade Enhancement Committee. “A video invitation is an innovative way to enhance the overall guest experience from the start. It builds interest and excitement by setting the tone, theme, music and energy of the event while providing a useful tool that can be easily shared in social media channels.”

The video aided the organization in hosting a sold-out event in December 2017. The SFEA awards were announced Feb. 26, 2018 during the association’s annual conference in Murfreesboro, TN. Other Winterfest winners included a silver award for a poster painted by local Fort Lauderdale artist, April Renee Kirk, and the Bronze award for the Parade’s television commercials, produced by WSVN, Channel 7.

Blue Truck Productions is a Florida-based corporation specializing in video marketing and video production services, offering a single-source solution for content development and distribution. The company works with customers from around the globe and from a variety of industries including healthcare, pharmaceutical, enterprise, entertainment, education and political, among others. For more information visit www.bluetruck.tv.

Winterfest is a Florida not-for-profit organization based in Broward County that produces a variety of events including the free public event known as “The World’s Most Watched Boat Parade.” Millions via television and approximately one million spectators view the Parade on the 12-mile route. Winterfest also hosts annual events to enhance the community’s image and provide unique, wholesome family entertainment. For more information on Winterfest, please contact the office at (954) 767-0686 or their website: www.winterfestparade.com